It has been nearly a year since Hadassah National invited me to serve as an ambassador at the inaugural launch of our Women’s Health Empowerment Summit in the “other Washington”. Spearheaded by Hadassah, 28 national organizations mobilized women from across the political, medical, cultural and economic spectrums to change the conversation around women’s health in America.   I have never been so proud to embrace this charge.

On May 16 and 17, the Women’s Health and Advocacy Conference reconvenes.  This time, I will be joined by Pacific Northwest Regional leaders, Kindra Cooper, Chair of Seattle Hadassah’s Advocacy Committee, and Corinne Stroum, one of our newest Hadassah members.   There is still time to register; please let me know if you are coming. Information on the conference and the link to register can be found here.  We will be bringing highlights of these conversations back to you in the months ahead.  There is no better time to deepen your engagement with Hadassah than right now.  We welcome your insights and ideas.  These are courageous conversations that directly impact our lives, our families and our communities.

Watch your mailbox.  Our Seattle Hadassah postcard will be arriving next week.

We launch at 3 pm on April 29th at the Summit with local author Jacqueline Silver who will read from her new book … and yet they learned: Education of Jewish Children in Nazi Occupied Areas Between 1933 and 1945.

As Jacqueline reminds us in her opening page, “The extent to which individuals risked their lives during the Nazi era to educate children is a testament to their humanity, creativity and willingness to do everything in their power to remain civilized human beings.”

For our many Hadassah members with friends and family at the Summit at First Hill, please encourage them to join you there.  Marilyn Israel is our Summit partner for this program.   We will make room for everyone.  To register: www.hadassah.org/events/salons2018

Special Note:  Hats off to Karen Michelson and Ricki Gafter for the all your leadership in preparing and designing this year’s beautiful Salon Series postcard. 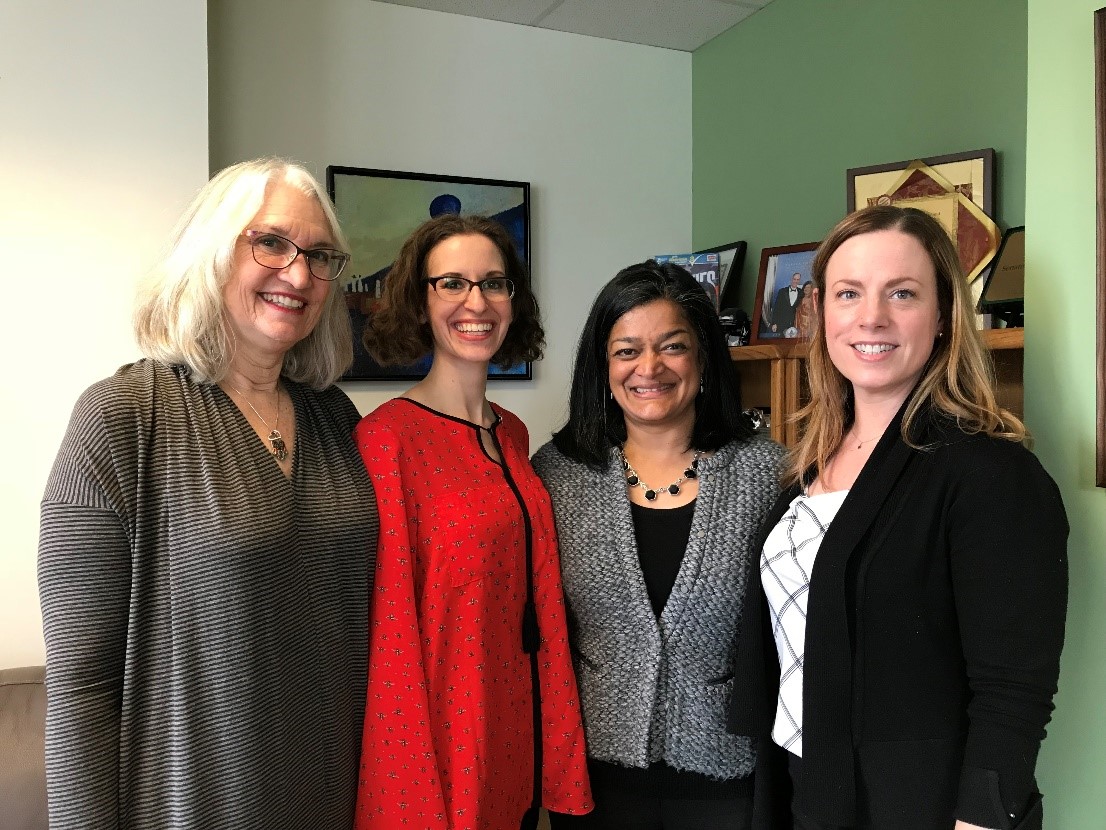 On March 26, Susan, Kindra and Corrine met with Congresswoman Jayapal, the first Indian American Woman to serve in the U.S. Congress and the first woman to represent Washington’s 7th Congressional District.   Representative Jayapal is emblematic of Hadassah’s focus on the Power of Women Who Do!

As a direct outcome of our discussion, Hadassah National invited the Congresswoman to join the Honorary Host Committee at this year’s Women’s Health Empowerment Summit in Washington, DC on May 16.   AND, upon learning of the Congresswoman’s upcoming visit to Israel later in May, Hadassah has invited her for a private tour with Barbara Goldstein of Hadassah Hospital.

The Congresswoman has a strong background in global health and is particularly interested in research collaborations between Seattle’s robust biomedical community and the cutting-edge research at Hadassah Hospital.  We spent time discussing gender parity in healthcare and health research, issues on which both Hadassah and the Congresswoman have a long history of passionate advocacy.

We took the opportunity during the meeting to thank Representative Jayapal for voting in favor of the RAISE Family Caregivers Act – a measure calling for a national strategy to support family caregivers passed earlier this year with the help of lobbyists from Hadassah National – and for sponsoring Congressional Resolution 77, condemning fear-mongering, racism, anti-Semitism, bigotry, and violence perpetrated by hate groups. The trio urged the Congresswoman to continue her strong stance against hate by supporting HR 1730, Combat Anti-Semitism Act of 2017; HR 672/S 198, Combatting European Anti-Semitism Act of 2017; HR 1911/S 1292, Special Envoy to Monitor and Combat Anti-Semitism Act of 2017; and HR 1474, Holocaust Education Assistance Act.

Join us June 10 for “Our Heritage and Our Health: Ashkenazi Jewish Genetic Diseases and Founder Effect”

Ethnic groups around the globe have been identified as having increased risks for genetic disease. The Ashkenazi Jewish population is no exception and is known to be at greater risk of experiencing Gaucher Disease, Cystic Fibrosis, Canavan Disease, Bloom Syndrome, and others.  Of these, Gaucher disease is the most common Jewish genetic disorder.  Among Ashkenazi Jews, 1 person in 15 is a carrier for this disease and approximately 1 in 850 will develop the disorder.

Seattle Hadassah is proud to present a lunchtime conversation on this topic with genetic counselor Gary S. Frolich, MS, CGC. Mr. Frolich will be speaking Sunday, June 10 at the Talaris Conference Center in Seattle. A kosher, catered lunch will be included in the ticket price. Stay tuned for additional details and registration instructions.

Mark Your Calendars for May 9: Hadassah Seattle is Part of “GIVEBIG” for the first time! 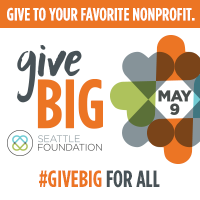 Seattle Hadassah is excited to announce its participation in this year’s GIVEBIG campaign – a one-day online giving event raising funds for local nonprofits. This year’s GIVEBIG event is scheduled for Wednesday, May 9. For those of you who can’t wait, early giving begins Thursday, April 26 and runs through Tuesday, May 8. Additional information about Hadassah’s participation can be found here: https://www.givebigseattle.org/hadassah.   The new videos that are incorporated into our profile. 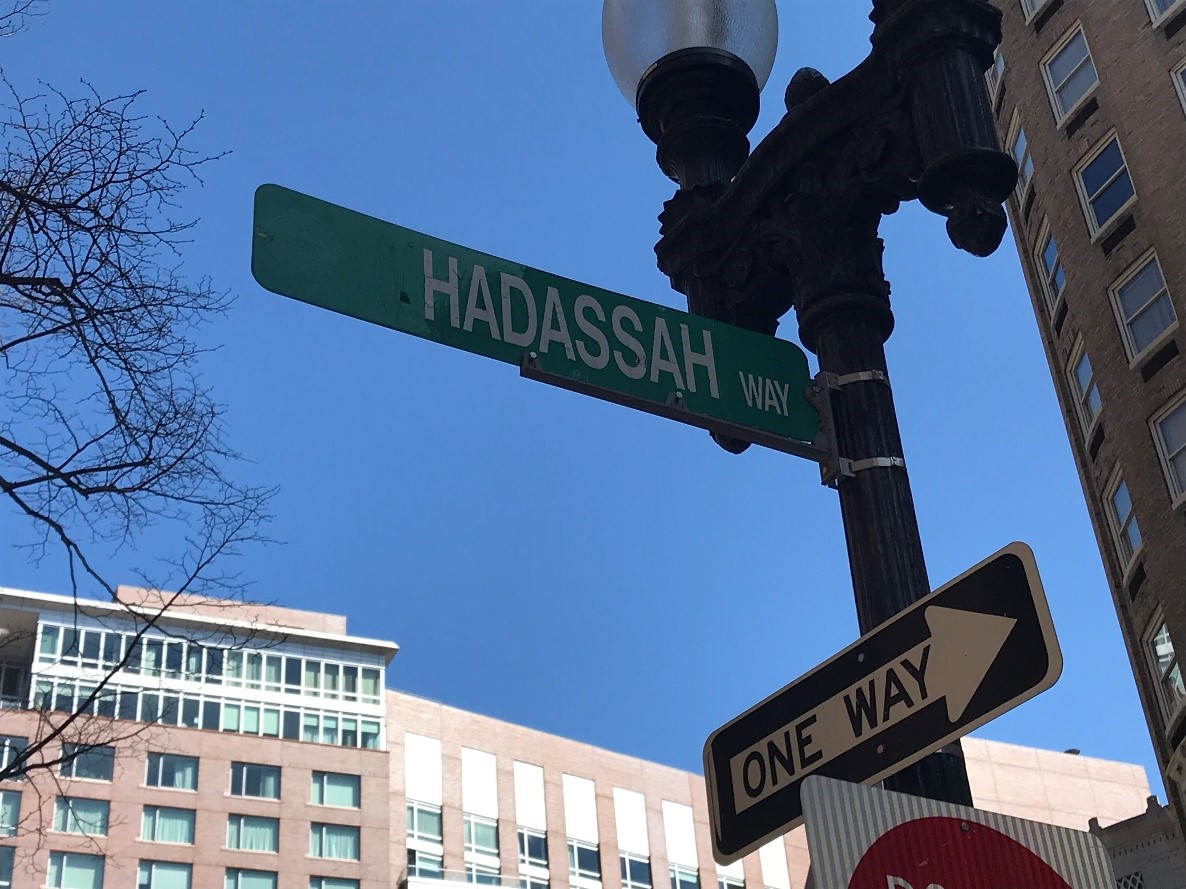 In Closing, We Sadly Report the Passing of ……

We mourn the passing of Hadassah Life Member Lisa Weiss-Minkove z”l.  Within the last 48 hours, we have received messages from many Hadassah women who asked us to make sure that we included this announcement in our newsletter.  Lisa passed away on Monday, April 9.  The funeral took place on April 12.  May her memory be a blessing.

The family requests donations be sent to the Leukemia and Lymphoma Society.